The US-led coalition continues to issue threats to Syrian President Bashar al-Assad claiming that Damascus may use chemical arms in Syria. Speaking to Sputnik, Israeli political commentator Avigdor Eskin dubbed this psychological warfare, expressing confidence that Russia and the US would not engage in a conflict over Idlib.

The liberation of Idlib by the Syrian Arab Army would not end the war overnight, Israeli political commentator and publicist Avigdor Eskin told Sputnik, referring to potential retaliation by Assad’s opponents as well as the yet unsolved Kurdish issue.

According to the Israeli publicist, one should tread carefully when it comes to a city with 3 million people held hostage by terrorists.

“There are three million people in Idlib,” Eskin noted. “Many of them come from different parts of Syria while Assad and his allies advanced there. The price of attack on Idlib will be higher than of Aleppo or Mosul.”

Read more: Real reason why Turkey is not calling for an Investigation into the chemical gas attack in Syria?

He opined that Washington’s opposition to the upcoming operation could be “a sign of solidarity with US traditional Sunni allies.”

“The Trump administration does not want to be dragged into this,” Eskin presumed.

Despite Donald Trump’s repeated vow to leave Syria as soon as possible there are two issues which do not allow the US to pull out of the Islamic Republic right now, the publicist emphasized: “These are the total extermination of Daesh (ISIS/ISIL)* and preventing Iran from strengthening its positions in the region.”As for Washington’s counter-terror efforts, Eskin pointed to the US-backed Syrian Democratic Forces (SDF) offensive on the town of Hajin on the eastern bank of the Euphrates River that was reportedly launched on September 10.

On the other hand, according to the publicist, the US and Israel are seeking to prevent the Islamic Republic of Iran (IRI) from creating “a land corridor” into the Mediterranean passing through Iraq, Syria and Lebanon.

Washington and its European allies vocally oppose the upcoming Idlib operation admitting, however, that the province remains a major hotbed of terrorism. 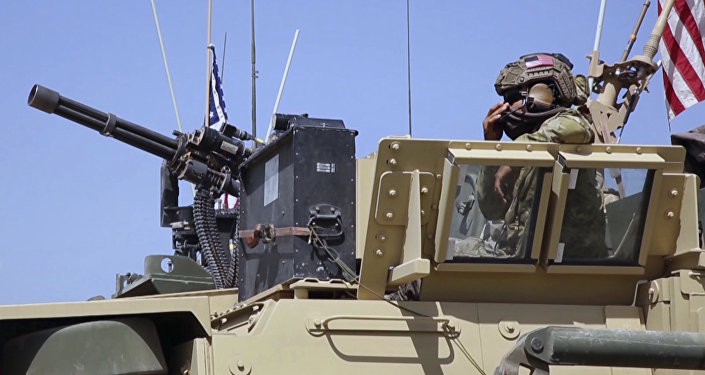 Besides, the US-led coalition members have signaled that they would “retaliate” in case the Syrian Arab Army resorts to the use of chemical weapons. Damascus has refuted the allegations citing the fact that its chemical weapons stockpiles had been destroyed under the supervision of the Organization for the Prohibition of Chemical Weapons (OPCW).Earlier, the Russian Ministry of Defense warned that the terrorists were preparing a chemical provocation in the region in order to prompt the US-led coalition to step in.

The ministry specified on September 12 that the notorious White Helmets NGO and other extremist groups had selected children for a staged chemical assault. In late August, the Russian Center for Syrian Reconciliation revealed that the White Helmets group had smuggled a large shipment of poisonous substances to a warehouse used by Ahrar al-Sham jihadists in Idlib province.

Read more: To pull out of Syria or to attack Syria: The Trump Dilemma

However, Russia’s statements fell on deaf ears in Washington: Speaking to Fox News on September 12, US Ambassador to the United Nations Nikki Haley “warned” Moscow, Tehran and Damascus against using chemical arms in Idlib “again” claiming that “the Syrians, the Russians and the Iranians” had already used them twice in Syria.

“Don’t test us again. Because I think the odds are very much against them,” Haley said.

According to Eskin,”the talks about chemical weapons belong to the category of psychological warfare.” He expressed confidence that “there is not going to be any clash between US and Russian forces.” 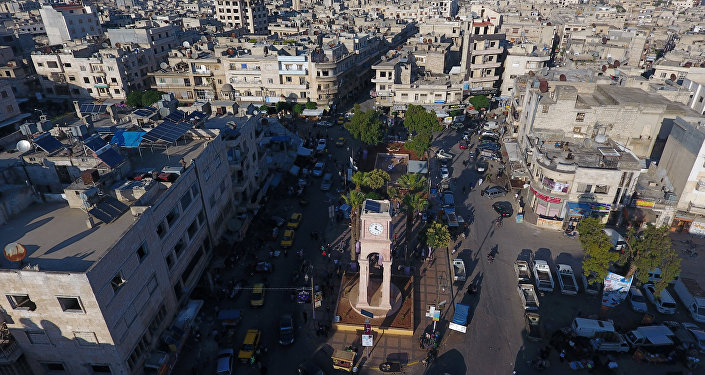 Still, he said that “the concern is genuine”: “The outcome of such operation could be tens of thousands dead and two million asylum seekers. Turkey and other Sunni countries are strongly opposing to this. Turkey is not interested in another million or two of refugees.”During the September 7 trilateral summit in Tehran, Russian President Vladimir Putin underscored the necessity to thwart the threat posed by the last terrorist hotbed in Syria and added that “there is a large number of civilians in the Idlib zone, and we certainly need to bear this in mind [when fighting terrorists].”

For his part, the Russian special presidential envoy for Syria, Alexander Lavrentyev, in Geneva on September 11 pointed out that “everything will depend on to what extent the international community members could assist in the separation of moderate opposition from radicals in Idlib.”

“It is impossible just to imagine that the Syrian government is living in peace with the terrorists,” he said, adding that “if they surrender, that would be the best decision.” 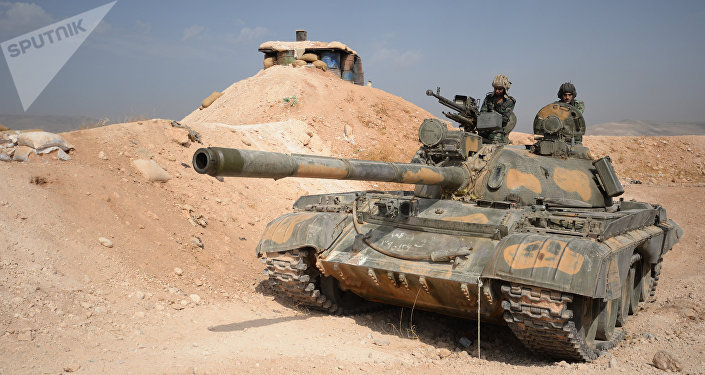 Meanwhile, Turkey has been ringing the alarm over the upcoming operation: In his recent op-ed for The Wall Street Journal, Turkish President Recep Tayyip Erdogan called upon the international community to prevent the advance on Idlib.

Read more: Increased intervention in Syria: How many targets is the US eyeing?

On September 13, Turkey’s Defense Minister Hulusi Akar stated that any military operation in Idlib would be a disaster for the region, adding that Ankara was working with Moscow and Tehran “to stabilize Idlib,” according to the Anadolu agency.

However, Reuters reported Thursday that Turkey “is reinforcing its military posts inside Syria’s rebel-held province of Idlib,” citing Turkish and Syrian rebels sources.

Eskin presumed that Turkey could “still [be] interested in overthrowing Assad.”

As for Iran’s pushing ahead with the Idlib operation, the Israeli publicist underscored that “Iran is on the winning side now and will be interested in capitalizing on the current success.”

“The problem of Tehran is internal instability and the fact that the war in Syria will not end in Idlib,” the political commentator concluded.

*Daesh (ISIS/ISIL/Islamic State) is a terrorist group banned by Russia.