Bilateral talks between Saudi Arabia and Iran will not end their rivalry but could de-escalate conflict in areas where both have influence, including Yemen. News of rare talks between two of the Middle East’s biggest adversaries comes as both Riyadh and Tehran are trying to assess where they stand with U.S. President Joe Biden’s new administration. The Iraqi government’s eagerness to position Baghdad as an independent regional power instead of a weak site of proxy struggles is likely also contributing to the media attention surrounding the talks. 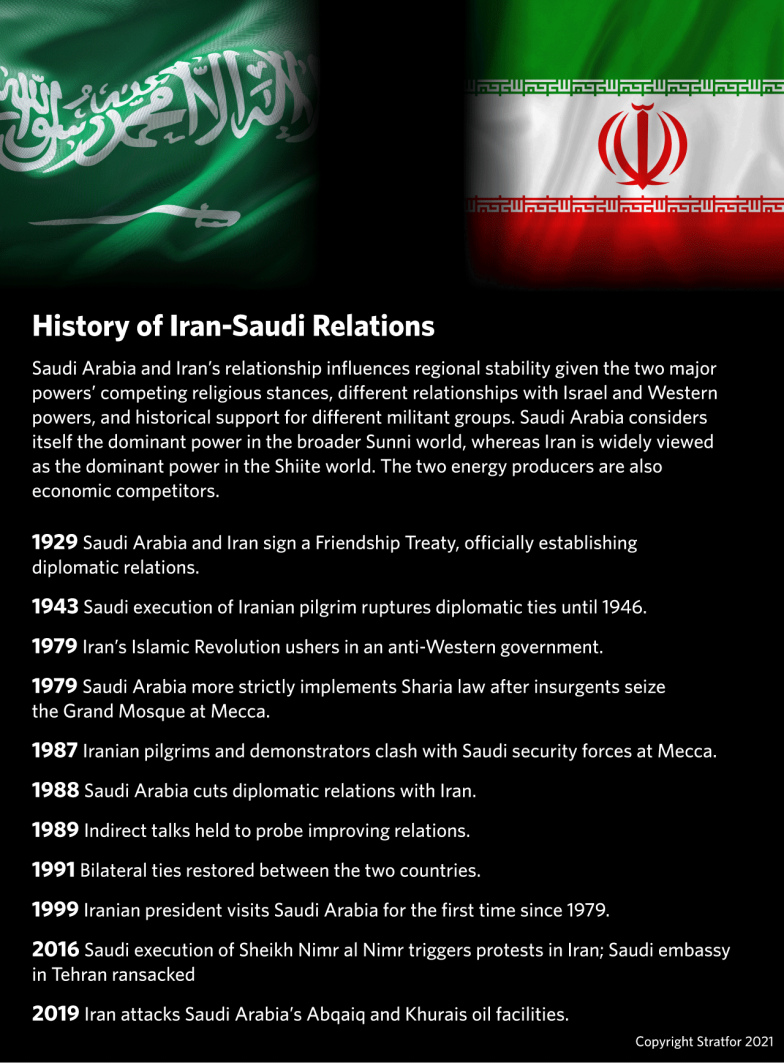 The shift in U.S. policy under Biden is also helping drive Saudi-Iranian diplomacy, as the White House’s new Middle East strategy forces the two regional powers to reassess their political and security relationships. For Saudi Arabia, the Biden administration’s eagerness to broker another nuclear deal with Iran is compelling Riyadh to guarantee such a deal wouldn’t threaten the kingdom’s security. And for Iran, improving ties with Saudi Arabia could also help it achieve its long-term goal of brokering regional partnerships that reduce its global isolation and help push the United States out of the Middle East.